The famous Tobruk Fig Tree was named because it marked the entrance to an underground  network of caves used by the Australians to treat the wounded. This became known as the Fig Tree Hospital. Located inside the Tobruk defences near the Red Line and north of the Derna Road, the fig tree was the only feature in an otherwise barren desert. It was visible from miles away and as a result was an easy target for German artillery.  The site was heavily shelled for several hours per day.  The caves were a place to stabilise the wounded before transferring them to the Australian General Hospital near the harbour.  It is believed that the original tree still marks the spot today.  A cutting from the tree was brought back to Australia and planted at Melbourne’s Shrine of Remembrance. 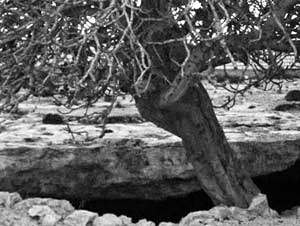 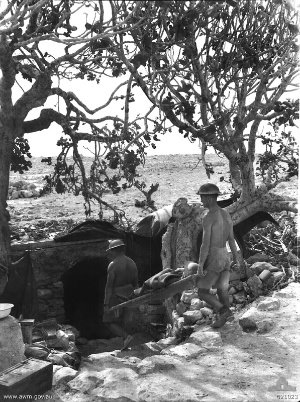 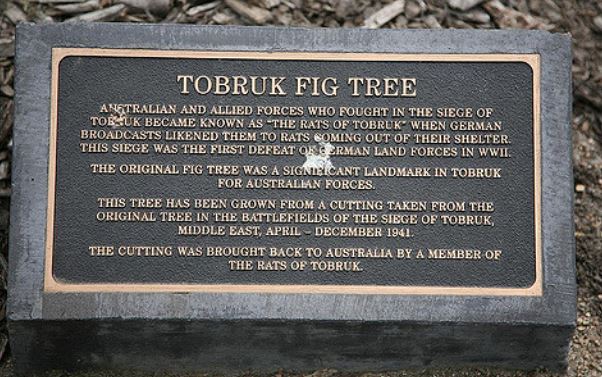